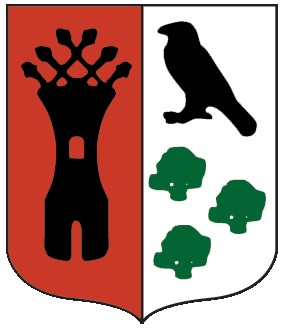 So, Blaydon on Saturday then.

And a trip to the training ground yesterday evening just to get a feel for how the squad is shaping up prior to their the long journey up north later today.

Pretty well by all accounts.

When Coventry last travelled down on a Friday, last month as it happens when they made the trek down to Plymouth, they took the decision not to train on the Thursday.

However, with most players having had the week off last week, other than the four who represented England Counties, yesterday’ session was a useful run out. Led mainly by Brendan Burke and Boris Stankovich, with more input from Rowland Winter in the absence of Nick Walshe, much of the time it was a case of the team selected to face Blaydon against the rest, with the players going through some set plays and some fairly light contact work. There were minimal breaks, other than for the coaches to have a brief chat to the players and, judging by the noise coming from the players out there, it was all very focused.

Sitting fairly high up in the main stand on a match day, I’m usually unaware of the players’ voices, but when the ground is empty the sound obviously carries a lot more and there was certainly no shortage of advice, encouragement and exclamation out there yesterday.

Pete White didn’t take part in any of the training and just did some gentle jogging – he picked up a ‘stinger’ in the Counties game and isn’t yet over it. Sam Grasso will take his place and yesterday evening he was looking much sharper  than the last time I saw him at Fylde…

I think Sam might enjoy himself up at Blaydon – I don’t think there’s much doubt that it’s going to a game dominated by the two sets of forwards and if Sam can snipe around the fringes as effectively as he did when he first joined us back in late August and September, then I think he’ll have a major role to play.

Blaydon’s back row are a strong unit and if we can tie them into a defensive role through the forwards and half backs running at them, when we do get the ball wide it gives our runners a little bit more time and space to play with.

From the way the players were lined up in training, it looks as if James Stokes might be out on the wing, with Cliffie Hodgson at full back. With Tom Howe on the other wing and Tom Wheatcroft and Heath Stevens in midfield, there’s some real pace and power in the backs and one of Cliffie’s strengths has always been when he comes into the line from full back.

Whilst I’ve not been quite so convinced that Stokes is as dangerous out wide as he is at full back, he played well there last Friday and caused the Scotland Club XV some real problems. He had almost a roving brief  in the first half and swapped wings several times in the first half.

Sadly, tomorrow probably isn’t going to give our three quarters the opportunity to run at the opposition as much as they would like, with Blaydon likely to want to keep the game fairly tight. However, if they are given the chance and the pitch doesn’t cut up quite as much as it can do when wet, then the Coventry backs are capable of causing some real damage.

Unfortunately, Andy Brown looks to be out for the rest of the season following a bizarre work related injury. I believe he’s having an operation on his knee this morning that will see him out for six weeks or so. Disappointing as it is, at least it means that he’ll have the close season to get his fitness back – presuming of course that he is retained, or indeed wishes to be retained.

But as one door temporarily closes, so another opens.

And in this case it’s young Jake Byrne who is given an opportunity again on the bench. He impressed greatly on his debut earlier in the season and although his last outing against Fylde was a little more of a challenge, he is a good prospect and will have benefitted from the game time he’s had so far this season.

It is exactly what the Development Squad was set up for – to give talented youngsters the opportunity to train with the full squad, play for local junior sides and, when ready, be drafted into the full squad. It’s a big day for Jake tomorrow and I wish him well.

The back row of Tuilagi, Harry and Dyer will really have to make their presence felt if we are to come away with the points from Crow Trees. I can’t help but think it’s going to be fairly attritional up there and the three of them will form the key bricks of the wall that Blaydon are going to have to run into to…

I’ve been impressed with Sam Harry whenever he has come in and, for me, he’s not yet had a poor game wearing a Cov shirt. Seven months ago he would have been well down the pecking order with the likes of Grace, Dyer and Bone probably the first choice back row, with both Daynes and Povoas ahead of him even then.

However, he seems to have got his head down, worked hard, impressed in a couple of games with Wasps A and done enough to become a player the coaches are happy to put into the fray when the conditions are right. Dyer is better at 6 rather than 8 and I think he’s looked back to something like his best after dropping off a little mid-season.

And Tuilagi, well he’ll put in some big hits and will have that presence at 8 that we’ve lacked at times when he’s been unavailable. Still very raw, he’s going to make mistakes but Blaydon away is just the sort of game he should thrive in.

Going forward, all three will hopefully run hard and straight and draw in the defenders. It’s back to the pods that Rowland Winter talked about earlier in the season, with the ball hopefully released after the first two or three phases having sucked in the Blaydon defences.

That said, I’ve probably misread the whole scenario and we’ll end up playing our most expansive game of the season with the backs dominating play.

I can’t really see it being anything other than a close game…Blaydon’s last 6 home games, going back to early December, read:

What does that tell us? Well, it seems as if Blaydon have turned the corner as far as their home form is concerned (coinciding with the colder, wetter weather) and also that they are not exactly a free scoring side, averaging only 19 points a game and topping 20 points in just two of them.

It’s not an encounter that looks made for our open style of rugby. That said, when our forwards are on top, they’re a match for any team in our division and that most definitely includes Blaydon.

There were over 600 to watch Blaydon beat Moseley last weekend, almost 400 above their average for the season. Presumably, there will be a similar crowd for tomorrow’s clash and it will be a fairly intimidating atmosphere with so few Coventry supporters up there for this one, but those who do go will doubtless be in fine voice.

It’s going to be a real test for a Cov side that hasn’t had the best of season’s away from home. A win would be a massive boost for the club and give the whole squad a lift going into the remaining five games of the season. Plenty of change is going to take place amongst the teams above us and if we can keep picking up the wins and leave those above us to do battle with each other, then we could yet have a very strong finish to the season.

Do I think Cov will win tomorrow?

Are they expected to win – probably not given Blaydon’s home form of late and our away form. However, we’re due a performance away from home and it would be typical of Cov to provide one when there are so few there to see it.

The journey home is either going to be exceedingly long or surprisingly short, depending on the outcome of the game.

Back home in time for Ant and Dec it is then… (and just for my mum who, at 92, has no idea who Ant and Dec are but who is an avid reader of the blog – they host a tv programme that starts at 7.00 pm…)

One thought on “Training ground update…and some cautious optimism”