On the fifth day of Christmas…

Yesterday’s news that Brendon Snyman ‘has parted company with the club’, presumably with immediate effect, was something of a shock to say the least. With little evidence of there having been problems on the pitch, one can only speculate as to the reason behind Brendon’s departure.

Whatever the cause, Coventry won’t have made such an important decision affecting both the club’s own future and the livelihood of a well-liked and respected player/coach without there being very good grounds for such drastic action.

You have to trust the club and believe that it was the right thing to do in the circumstances, presumably the only thing to do, and move on.

The club is big enough to attract another player/coach of Brendon’s abilities and Brendon is a big enough player to attract the attentions of other clubs, provided whatever he has been sanctioned for doesn’t make his position untenable anywhere else.

Bad things happen sometimes and you just have to deal with them.

Cov are in a strong position going into the second half of the season and with Boris Stankovich taking on an enhanced role, the forwards remain in very good hands. I’m not sure Cov will want to rush into making a new appointment – we still have three excellent second row forwards in Conquest, Jubb and Poole and if they are rotated as they have been, the loss of Brendon Snyman is one that can be covered. 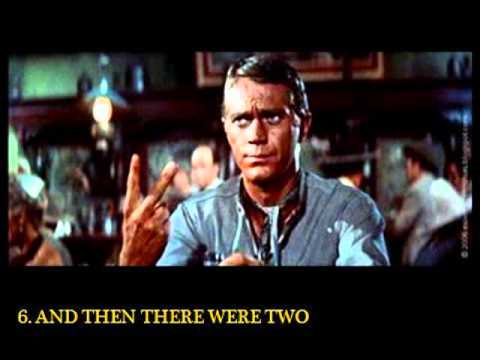 With James Pritchard being moved on a few weeks ago, albeit for difference reasons of course, we’re down to just 2 of the original 4 player coaches with half of the season still left. I don’t think anyone would have foreseen that back in September.

And then there were two…

It’s disappointing for everyone concerned and I’m sure it’s a resolution that the club would have wanted to avoid at all costs, but strong leadership involves making tough decisions and there’s non-tougher than the termination of someone’s contract. It sends out a clear message to everyone – if you fail to meet the high standards set by the club on or off the pitch, then you cannot expect to remain at Coventry Rugby Club.

And it’s hard to argue against that….

Brendon Snyman made a huge impact both on the pitch as a player and off it as a coach. Whatever the reasons for his dismissal, purely in terms of the team’s performance, he will be missed.

On the fifth day of Christmas, and in 8th place overall…

And I have to say I’m delighted…

I am a BIG Brett Daynes fan…something that goes back to his previous spell at Coventry.

Brett joined Cov back in 2010 from Bedford (there are a fair few in the current squad who have ties to Bedford in one form or another) and amassed 105 appearances in total over the five years he was here, with his 100th appearance being made against Rosslyn Park back in September 2014, something about which at the time he said:

means everything, to be honest – it’s the biggest achievement of my career

Injuries, and a loss of form,  meant he played few games in that final season and he moved to Cambridge the following year, winning promotion under Rowland Winter.

This season Brett has made 9 appearances, six of which have been in the starting XV, although he was also out injured for a while.

For three seasons, from 2010-13, Brett was a regular, and in the first two seasons I think he played in virtually every game which must be something of a record, making 52 unbroken starts. And that really provides the clue as to why he is such a popular player amongst Coventry supporters (he was the Supporters’ Player of the Season  – 2011) – he’s so consistent when he’s at his best.

He is a very hard-working, industrious sort of player, whose no nonsense approach is exactly what’s needed, especially in tight games. He puts himself about the pitch and does a lot of hard graft that often goes unnoticed and I always think he adds something defensively when he plays.

In a back row that has flattered to deceive this season, I do think that he has played pretty well and in the Moseley game before Christmas he was outstanding. competing on equal terms with a Moseley back three that is one of the best in the league. He is quick and has the ability to turn over opposition ball being as he is so strong on his feet. He also seldom concedes penalties which is something that can win you games in a close contest.

In attack, Brett often makes good metres with some strong carries, setting up plays when Cov keep hold of possession and go through the phases. He’ll also often be found on the shoulder of the player making a break or even half-break, popping up in the most unexpected of places. In his time at Cov he has amassed 23 tries which puts him 6th= in the National 1 Cov list of all time try scorers, equal with Jacques Le Roux.

One more try and he’ll have scored more than any other forward in the last 7 seasons which is something he can be justly proud of when it does happen, as I’m sure it will.

He also seems such a genuinely nice guy, often saying hello or happy to have a picture taken and he is clearly enjoying his time back at Cov:

It feels like I never left. When you walk through the bar after a game and you see everyone, and everybody’s saying welcome back, you can’t beat it.

as the supporters are, too.

He’s still only 29, so there’s still plenty more appearances left in the tank for this most popular of Coventry players.

4 thought on “On the fifth day of Christmas…”