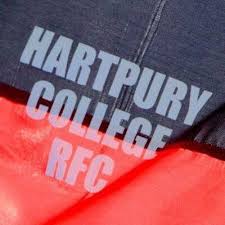 Having achieved their first away win of the season against Loughborough on Saturday and on the back of three consecutive wins, Coventry entertain Hartpury College RFC this weekend.

At least I hope it’s more a question of Coventry entertaining  the crowd, rather than Hartpury, who themselves had a commanding  39-12 win against the ‘Jekyll and Hyde’ Fylde, so strong at home but who don’t always travel too well. Down to 14 men after just 30 minutes and after a late arrival to the ground, Fylde were always up against a resurgent  Hartpury who had lost their opening game away at Hull 37-32 (Hartpury v Fylde Match Review).

It’s a great time to be a Cov fan at the moment and the anticipation of Saturday’s game is already building. Top of the table after two games, many of us are already suffering nosebleeds and dizziness, common symptoms of the vertigo that comes with such a great start to the season.  With so much talk elsewhere about England’s opener on Friday against Fiji, there is barely a mention of it on the Messageboard. Whilst I am going to a couple of World Cup games myself, Coventry RFC has far more of a hold over me than our national team. I’m not sure whether that makes me any less patriotic; I’ll be watching England play their games with huge  interest and the belief that we will flatter to deceive once more  until we meet one of the top three in the knockout stage.

Fortunately, the  WC matches I’ve got tickets for, at Villa Park and St James’ Park, don’t coincide with Coventry’s home games and Coventry’s away game at Hull is realistically one that is a (Humber) bridge too far…so it’s not a great sacrifice. The irony is that I’ll travel further to watch the All Blacks in Newcastle than I would have done to watch Cov at Hull, but on the plus side, having promised my wife that one day we would watch the New Zealanders play and having kind of given the impression that it might be in the southern hemisphere,  I’ve definitely saved myself a few Kiwi dollars there.

Back to the Hartpury game. Team selection could be interesting again. With further injuries, this time seemingly in the forwards, we should have the strength in-depth to cover the enforced absences, but it must be something of a worry for the coaches. If we go back to the pre-season games, then Munroe, Malitika, Wright and Carpenter all made appearances and all impressed, fitting into the team fairly seamlessly. All have played at this level and I’m sure whoever comes in to fill the gaps will do themselves and the team proud. Injuries to Wolfsenden, Poole and Thomas are worrying; the second row is becoming something of a perennial problem, but hopefully none of those mentioned will be long term absentees.

In previous seasons, I would tend to look at the website of the team we’d be playing that week to determine the likely line-up of the side: will they be at full strength or weakened by injury? However, this season is different; there’s no need and I don’t bother unless to check on something to include in a post. I firmly believe that if we play to our strengths, eliminate the weaknesses that sometimes creep into our game so that we retain the ball through multiple phases and deny the opposition ball, it doesn’t matter what team we play in this league.  Over the course of the season we have a strong enough squad and the ability to vary our game using plans B, C or D if required, and come out on top. A bold statement, but success in any sport is about the combination of skill and confidence. With the bulk of the squad having been together for a couple of seasons, and many of them having played at a higher level, there is a wealth of experience to call upon when it is most needed. We are beginning to see the fruits of a recruitment and retention policy that was, and still is, for the long-term.

Add to this the amazing atmosphere generated at the Butts  which I’m sure can intimidate the opposition as much as it can raise the performance of the home side, and Coventry must certainly be favourites, together with perhaps Rosslyn Park, for promotion. Let’s hope for an even bigger crowd this week.

There’s many a slip twixt cup and lip, but no team is going to go 30 games unbeaten. The secret is to ensure the cup remains as full to the brim as possible and the spillage is minimal…a sobering thought, indeed.